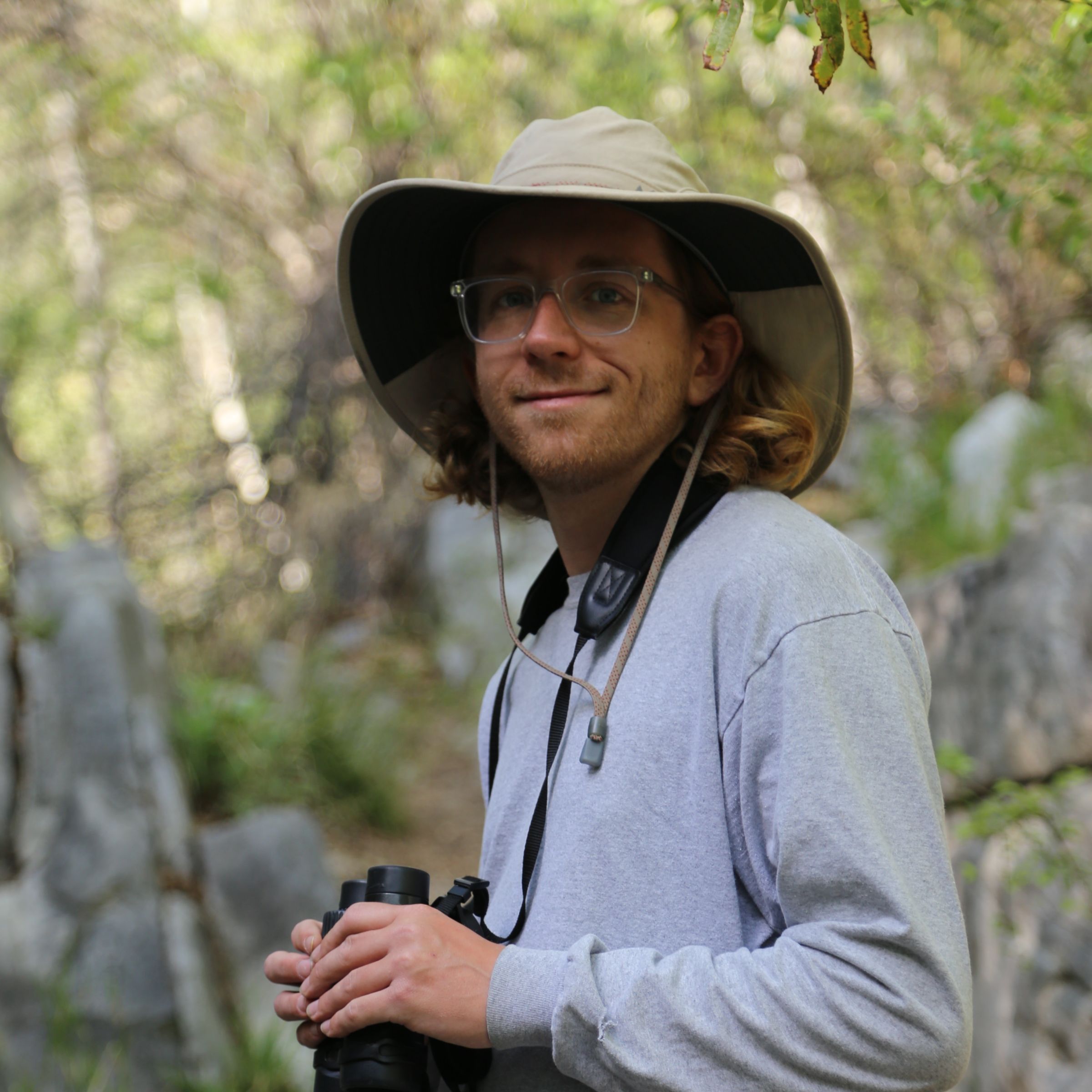 Michael has spent much of his career identifying birds and locating their nests in Southern California and has lead field efforts on numerous projects which involved nesting Least bell’s vireo. He has extensive knowledge pertaining to identifying and locating California’s tetrapod fauna and has participated in population surveys for numerous taxa. Michael has professional experience with botanical surveys, weed monitoring, habitat restoration, and has dabbled in bryophyte identification. Generally, he is interested in the interplay between weeds and wildlife. In his spare time, you can find Michael playing music, hanging out with his dog Buddy Carl, and herping out in the Mojave Desert.